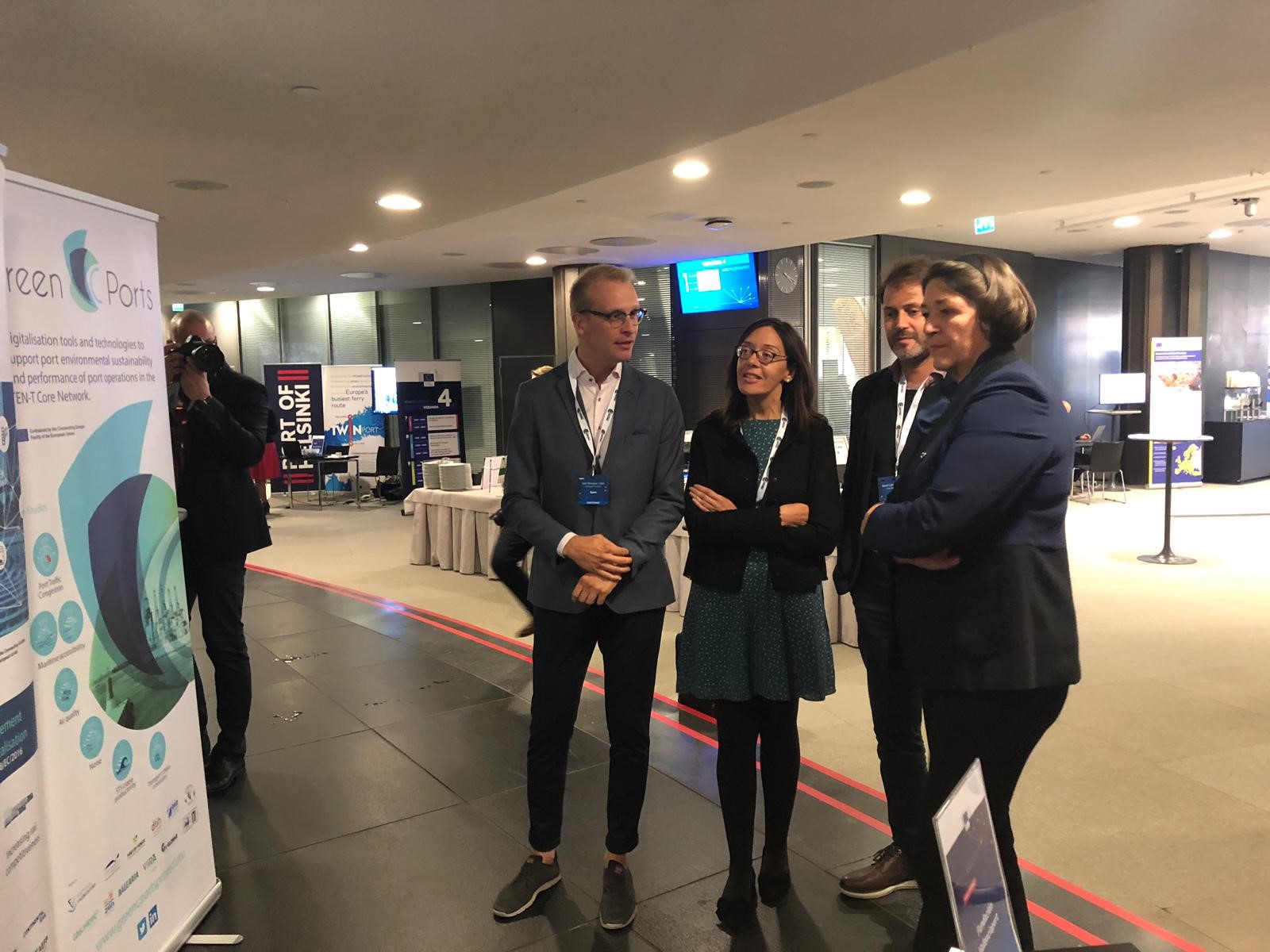 Helsinki – 10.10.19. The Green C Ports project has been present at the Digital Transport Days celebrated in Helsinki. Some members from the coordination team have had the chance to present the project to the attendees of the DTD. The project had its stand where the project’s rollup and leaflets helped to explain the concept and the objectives of the project. Joan Meseguer, from the coordination team, has also presented the project in the in the round table session “Digitalization of TEN-T: from research to deployment” as an example from research to deployment action.

Our stand has been of great interest for the audience as the project combines Internet of Things, Big Data and Artificial Intelligence technologies to address the main objectives of the six case studies.

More than 800 guests have attended the DTD in Helsinki. Moreover, in the second day of the event, the Green C Ports stand had a very special guest: The Commissioner Violeta Bulc.

The Gas Monitoring Camera is already measuring ships at the Port of Valencia
March 3, 2021

The 7 Air Quality sensors from INERCO successfully installed at the Port of Valencia
August 7, 2020

Valenciaport publishes the tender for the environmental control equipment
June 19, 2020

The Gas Monitoring Camera made by @SENSIAsolutions is already measuring ships at the Port of Valencia. Monitoring the emissions of the gas plumes generated by ships is now a reality thanks to @inea_eu and the #GREENCPORTS Project lead by @FValenciaport.

Excellent news! The Green C Ports project has been awarded by the eighth edition of the EnerTIC Awards 2020 in the category of Intelligent Infrastructures. @enerTIC_es

The Port of Valencia has just received the 7 Air Quality sensors from @Inerco_. Everything is ready for their installation #GREENCPORTS #airqualitydata